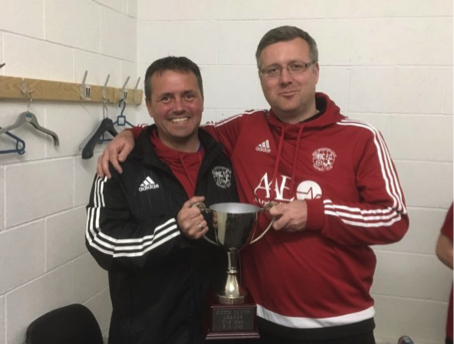 Hot on the heels of the West Bridgford FC team gaining promotion to the Midlands League Premier Division, their Under 16 team have secured a League and Cup double.

The U16 Predators were runaway winners of the Notts Youth League Division 1 and they secured the double on Thursday 11th May when beating Stapleford Town 4-2 in the Cup Final thanks to goals from James Corden (2), Jack Towers and Ryan Mills.

Team Manager Chris Norris “It is a great achievement for the lads as both competitions are very competitive. We think a great deal of this bunch of players and we will test them to the limit next season as we will also compete in the official FA Youth Cup which the professional clubs such as Nottingham Forest and Notts County enter.”

Archer Electrical endeavour to sponsor those local to them in the Nottinghamshire community, West Bridgford Predators FC’s fundamental principle is to provide football for as many local children as they can.